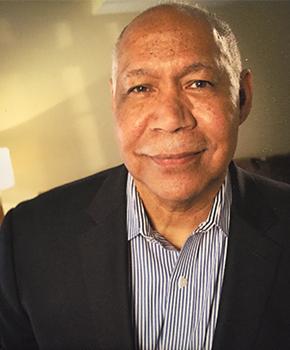 Before retiring in 2015, Marvin Boyer was in retail management for 30 years, first for TJ Maxx before moving on to a management position with the Walgreen Company. During his career, he held numerous positions on the District, Regional and Corporate level. His responsibilities included managing 13 level District Asset Protection Managers in the Eastern part of the country, responsibility for investigating fraud, compliance and ethical violations by mid-level and senior level management, as well as responsibility for Employee Relations presentations and investigations. Marvin was also certified as an EEOC Investigator.

Marvin has been quite active both in his professional career and community involvement. He was a co-founder of a Corporate Toastmasters Club with Walgreen as well the Chapter’s Vice-President of Education. Marvin is a designated Life time member of the Easton Area Neighborhood Centers Board of Directors, as well as a two time former Board President. In 2017, he wrote a history of the Easton Area Neighborhood Center in celebration of the Center’s 50th anniversary. Marvin is currently the Political Action Chairman of the Easton Branch NAACP. He chaired a NAACP committee in 2017 responsible for organizing a “Black History Program” at Sigal Museum featuring a retrospective look at a 50 year history of African-American contributions to the City of Easton.

Marvin is member of the Northampton County Prison Advisory Board, as well as a member of the Pennsylvania Law Enforcement Advisory Commission. He serves as President of the newly formed Lehigh Valley Justice Institute Board of Directors.

Marvin graduated from Moravian College with a degree in Political Science. Marvin is married with two daughters, one son and four grandchildren. He enjoys weekly dining out with his wife, an avid reader, likes playing golf and tennis.

From his early days as a teenager, Marvin been committed to community service and involvement. He sees ACCE as an opportunity to advance the profile, work and successes of African-Americans in the Easton area contributing to enrich the community as a whole.